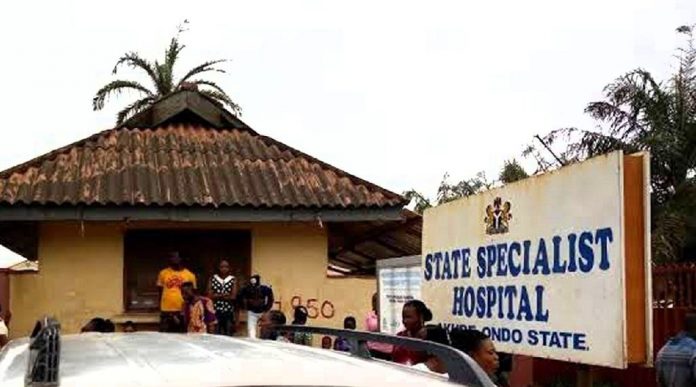 Ondo State Police Command has expressed its readiness to unravel the circumstances surrounding the disappearance of the body of a baby at the morgue of the state Specialist Hospital, Akure.

The police who disclosed that investigations have commenced on the incident, assured that the culprits would soon be brought to justice.

Our correspondent reliably gathered that a new-born baby and his mother were brought dead into the hospital from police hospital, Akure, and their remains were deposited at the mortuary of the hospital but the baby’s corpse suddenly got missing.

A source said both mother and child died during labor. When the family of the deceased requested for the body of the baby, they were told that it could not be found in the morgue; only the remains of the mother were delivered to them.

The source said: “When the family of the deceased got to the hospital mortuary, they only saw the body of the mother and the placenta but they could not find the baby. The mortuary attendants could not explain how it happened.”

The source added that the family of the deceased almost caused crisis in the hospital following the incident; after that, they reported the matter to the police.

The Police Public Relations Officer (PPRO) of the state police command, Mr. Femi Joseph, confirmed the incident and said the hospital officials would be invited for interrogation.

He added that nobody had been arrested over the incident about the time of filing this report.

“We have not made any arrest for now but we have commenced investigation into the matter. We will invite the workers in the hospital, especially those working in the mortuary section,” Joseph said.

Reacting, the state Commissioner for Health, Dr. Wahab Adegbenro, said the matter had been handed over to the state police command for investigation.

“We have handed the mortuary attendants to the police for investigation. We will be waiting for the outcome of their investigation,” Adegbenro said.