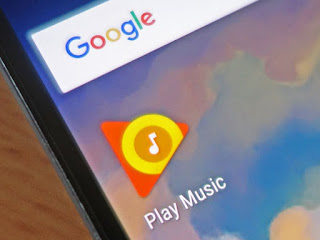 Google shared a detailed timeline for Google Play Music’s shutdown. Access will be revoked in September for users in New Zealand and South Africa and for users in all other regions in October. Come December, the service will shut down completely, after which you won’t be able to transfer your content. Additionally, starting later this month Google will no longer accept purchases for music within its Play Store.

Google is making these big moves now that its YouTube Music service is in full swing as its replacement. Just a few months ago, it started allowing Google Play Music users to transfer practically every facet of their libraries to the new service, including playlists, artists, albums, songs, purchased content, recommendations, and uploads. Transferring all of that content is as simple as opening the YouTube Music app for the first time. You’ll see something similar to the screen posted above, but we have a how-to on the process if you need some more assistance.

Google promised that it would give plenty of notice in advance of Play Music shutting down, so it’s making good on that. You can continue to use the service until it shuts down, though if you get a new device with Android 10 loaded on, you’ll find YouTube Music pre-installed in place of Google Play Music. So you might as well begin the adjustment process before you’re forced to.

As my colleague Chris Welch wrote in May when Google announced the transfer tool for YouTube Music:

Open up Google Play Music for a bit and remember the good times. The app has gone ignored for so long that it’s like an old, comforting friend frozen in the sands of time. Don’t be fooled, though: its days are numbered. It’s time to move on. Take a deep breath, and hit that transfer button.